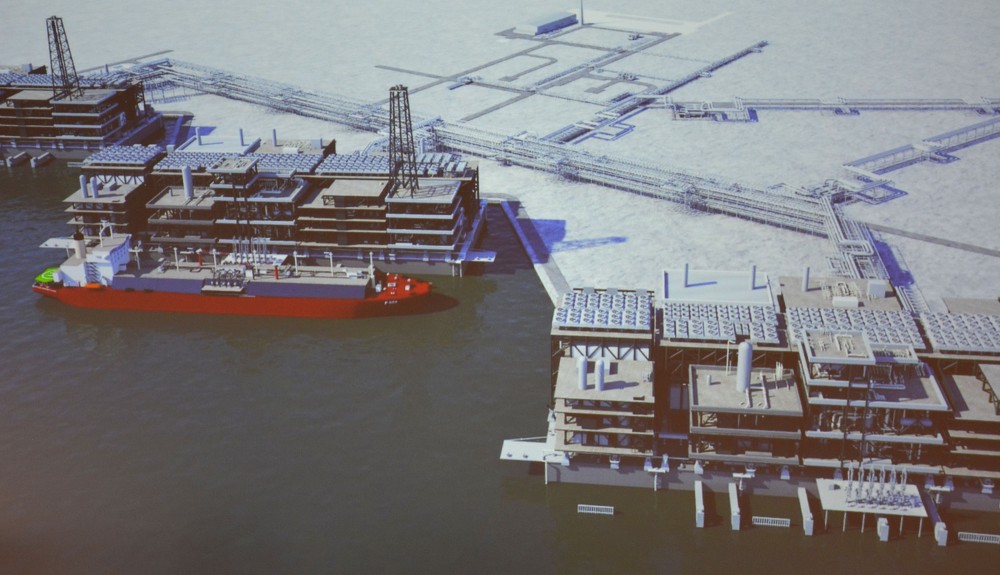 Novatek’s investment plans for the giant liquid natural gas plant on the coast of the Gydan Peninsula in Siberia remain in jeopardy as money dries out and workers at the construction yard in Belokamenka near Murmansk pack up and leave.
Read in Russian | Читать по-русски
By

The loan agreement signed last November between the Russian natural gas project and the Japan Bank for International Cooperation (JBIC) is suspended the government-owned bank this week announced, reports the Wall Street Journal.

Supposed to finance up to €1,71 billion of the nearly €20 billion needed for construction, the lack of Japanese share puts the entire project deeper into jeopardy.

Arctic LNG 2 is the second large-scale project aimed to supply Europe and Asia with liquid natural gas transported from Siberia by tankers via the Northern Sea Route. After Russia launched the bloody war on Ukraine on February 24, Europe is no longer a market willing to buy new Russian gas.

The Barents Observer in May reported about the mass departure of workers from Belokamenka, a yard that until recently had about 20,000 fly-in workers, many from other regions and countries in Central Asia.

European engineers have also left the construction site, and so has the “Princess Anastasia” - the cruise ferry used as a floating hotel at Belokamenka.

Vladimir Putin said earlier this winter told participants at a meeting on the development of the Arctic zone not to postpone projects due to sanctions. “We have all the resources and all the opportunities to quickly find alternative solutions,” he stressed.

However, not all industrialists agree. Novatek CEO, Leonid Mikhelson, blamed bad Russian technology for the delay of production start at Train 4 of Yamal LNG in Sabetta. The plant was the first in Siberia to start production of liquid natural gas for shipment by tankers, and the 4th production line (Train), was supplied with domestically made gear.

He elaborated: “Both the turbo-expanders and the compressors are completely new. It must be admitted that our manufacturers and factories still have to learn how to make good products. We have claims against almost all suppliers of equipment for the fourth line,” Leonid Mikhelson said.

If domestic alternatives to foreign-made technology have improved remains to see.

Arctic LNG 2, located across the Ob Bay from Yamal LNG, was originally due to start in 2023. But time schedules are now in flux as foreign companies with technologies and know-how are leaving Russia en masse.