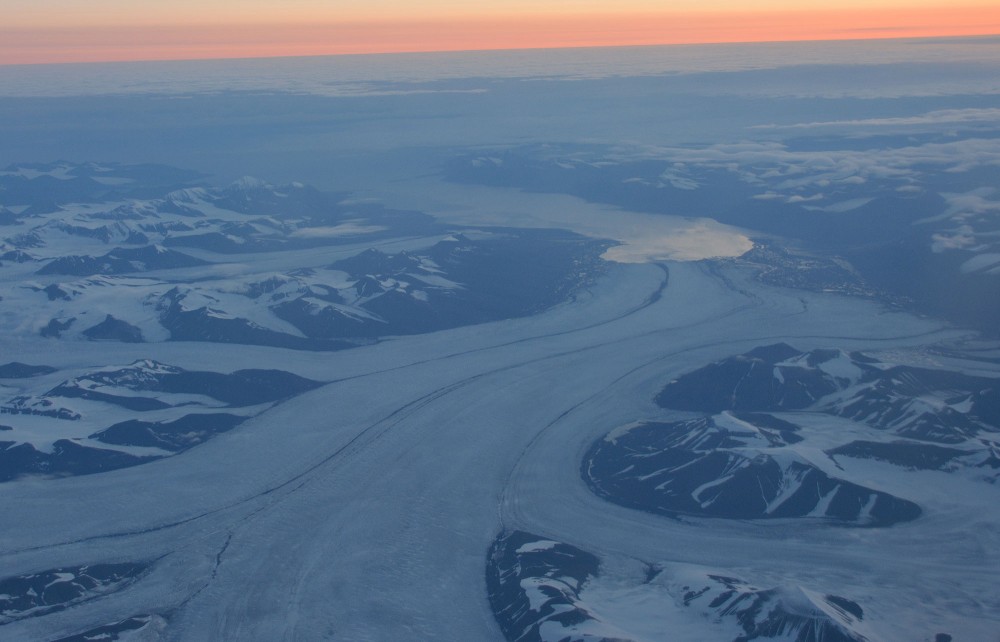 A new report from the International Energy Agency (IEA) leaves no doubt: there can be no new oil and gas projects in the Arctic if global warming is to be kept below 1,5 °C.
Read in Russian | Читать по-русски
By

The report titled “Net Zero by 2050” makes it even harder for oil producing countries to justify the expansion of their fossil energy sectors.

The experts at the IEA clearly say that a complete transformation of energy production, transportation and consumption must be made and planning of new hydrocarbon projects halted.

The report comes just few days ahead of the ministerial meeting at the Arctic Council. Around the table in Reykjavik will be several state officials that are eager to bring their oilmen deeper into pristine Arctic territories.

Russia takes over the Arctic chair from Iceland and will lead the Council for the next two years. The Arctic Council is a key body for international cooperation in the northernmost parts of the planet and environmental protection, climate change, indigenous peoples and sustainable development are main focus areas.

Those priorities are in clear conflict with the energy policy of the new chair.

The takeover of the chairmanship comes at a time of an unprecedented Russian industrial development of the Arctic.

The country’s new Arctic Strategy for the period until 2035 outlines ambitions for a vast increase in shipping along the Northern Sea Route and the building of a major number of new projects on extraction of oil, natural gas and coal.

Already by 2024, Russia intends to boost shipments on the Northern Sea Route to at least 80 million tons, a more than doubling compared with volumes for 2020. The quickly growing shipping volumes are based on raw materials from a number of new extraction projects.

Among them is the Vostok Oil project in Taymyr. The oil project developed by state company Rosneft includes the production of 25 milion tons per year already in 2024, and as much as 100 million tons per year in 2030. The oil will be extracted on the tundra of the Taymyr Peninsula and pipelined several hundred kilometers north to a new terminal on the Kara Sea coast.

Also Gazprom Neft, Gazprom, Novatek and Lukoil are in the process of developing new Arctic fields. There are also plans for offshore extraction, including in the Gulf of Ob.

Oil and natural gas account for more than half of the country’s export revenues, and the government in Moscow is unlikely to pay much attention to the new report from the IEA. Russian energy company leaders instead now look at new ways to exploit the country’s vast hydrocarbon resources, including for petrochemical products and for the production of hydrogen and ammonia.

The country also argues that natural gas, including LNG, actually is a green fuel that meet the increasingly high climate standards. In his meeting with Novatek leader Leonid Mikhelson this week, President Putin argues that LNG can help “decarbonize Europe.”

The new report from the IEA creates a headache also for Norway that continues to invite oilmen into the Barents Sea. The country’s 25th License Round was announced in June 2020 and includes as many as 136 proposed blocks, of them 125 in far northern waters.

In 2020, Norway increased both investments and production in fossil energy. Figures from the Norwegian Petroleum Directorate show that investments in the country’s shelf development amounted to NOK 155 billion (€15.04 billion), up from NOK 151 billion in 2019. A total of 31 exploration wells were spudded, and 14 discoveries made, most of them in the Norwegian Sea.

Oil production increased to 1,7 million barrels per day, which is the highest level in nine years.

Several wells will in 2021 be drilled in the Barents Sea and new fields are under development. Among them is the Castberg field that is due to come into production in late 2022.

Like the Russian, also the Norwegian authorities are likely to slam the new report from the IEA. Representatives of the country’s government have already signaled that the recommendations from the report will not affect national oil and gas policies.

In this week’s Arctic Council meeting in Reykjavik, Russians and Norwegians might very well join a common pro-oil front in opposition to the other council members.

From strategic plan to deliverables, Iceland gears up for Arctic Council ministerial