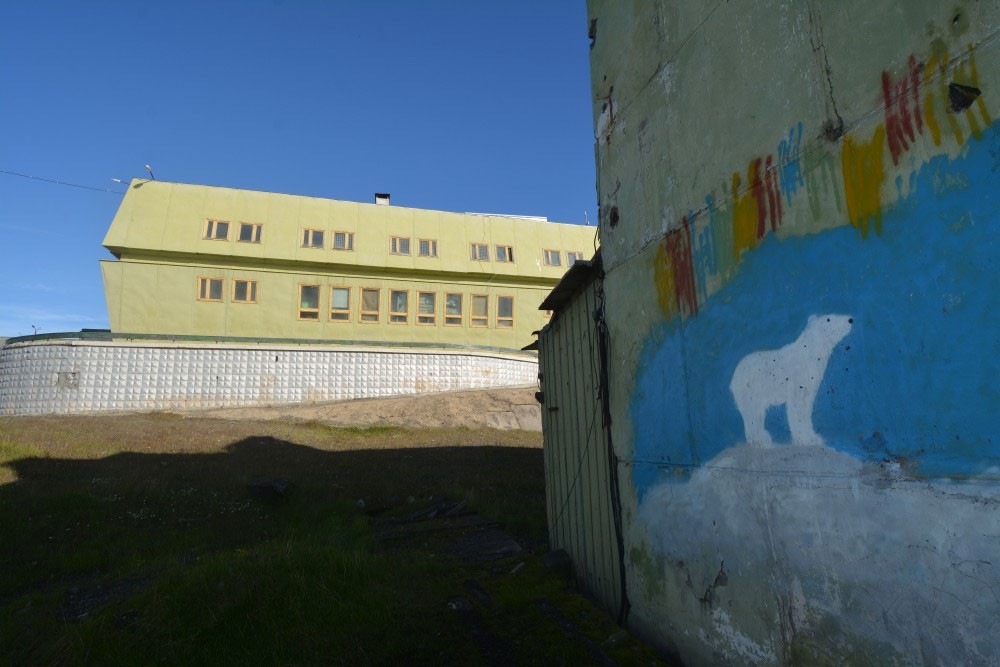 Dikson is among the many Arctic towns troubled by melting permafrost. Photo. Thomas Nilsen

Previously solid ground is quickly degrading. The melting of the permafrost is about to cause huge damage to buildings and infrastructure across the country, Russia's natural resource minister warns.
Read in Russian | Читать по-русски
By

The heat is on, and it is hitting the Arctic with detrimental consequence. Global warming is now leading to quick and irreversible change in the North. And Russia is among the ones worst affected.

This week, the temperatures in the Russian north again beat records. In Saskylah, a small community in the Arctic Circle, the air temperature reached 31.9 C, the highest measurement since 1936. According to Roshydromet, the Russian meteorology institute, average temperatures along parts of the Russian Arctic coast have since 1998 increased with as much as 4,95 C degrees.

The development is of growing concern in Moscow. The country’s Minister of Natural Resources Aleksandr Kozlov minister confirms that more than 40 percent of all buildings in the North are now experiencing deformation in their building structure. And the construction of roads and railways is getting increasingly difficult, he said in a round table discussion in late May.

According to Kozlov, the melting ground is today the underlying reason for 23 percent of all technical system failure in the region, and up to 29 percent of oil and gas production facilities can no longer be operated.

Leading Russian researchers estimate that the degrading ground by year 2050 will inflict damages worth about five trillion rubles (€58 billion). That is equal to about 25 percent of the total Russian federal budget.

“What will happen with our towns in ten, fifty, hundred years?” governor of the far northern Yamal-Nenets region Dmitry Artyukhov asked during the conference. He is concerned about the comprehensive ongoing construction works in his region, much of which is made without regionally adjusted technology.

According to Artyukhov, the latest geological maps from the region dates back to the 1980s.

“The construction workers that today come to any project [in the region] do not have a clear-cut document that describes how the permafrost works and what solidity margins that are needed in order to make the buildings last for their due time,” the regional leader said.

The Russian Ministry of Natural Resources this year launches a new state monitoring system for the permafrost.  The system will be based on existing research installations managed by state meteorological authority Roshydromet, and two development phases are envisaged.

The first pilot phase will cover the period 2022-2024 and be based on experiences and methodology applied in Spitsbergen, Franz Josef Land and Severnaya Zemlya, the Ministry of Natural Resources informs.

The permafrost melting is already affecting operators of Arctic infrastructure, including oil and gas installations. Experts have argued that the spill of 21,000 tons of diesel oil in the Taymyr Peninsula in 2020 came after the ground under a major oil storage tank degraded.

Researchers from the Russian Cryosphere Institute believe that the border of the permafrost zone over the last 40 years has moved more than 30 km to the north and that up to 500 square kilometers of land is every year sliding into the Arctic ocean and disappearing.

This process is irreversable, and it is impossible to stop it, Head of the Russian Cryosphere Institute Dmitry Drozdev said.

With the melting of the frozen tundra comes also growing risks of new and lethal diseases. Among the many infectious disease agents preserved in the permafrost is Anthrax.