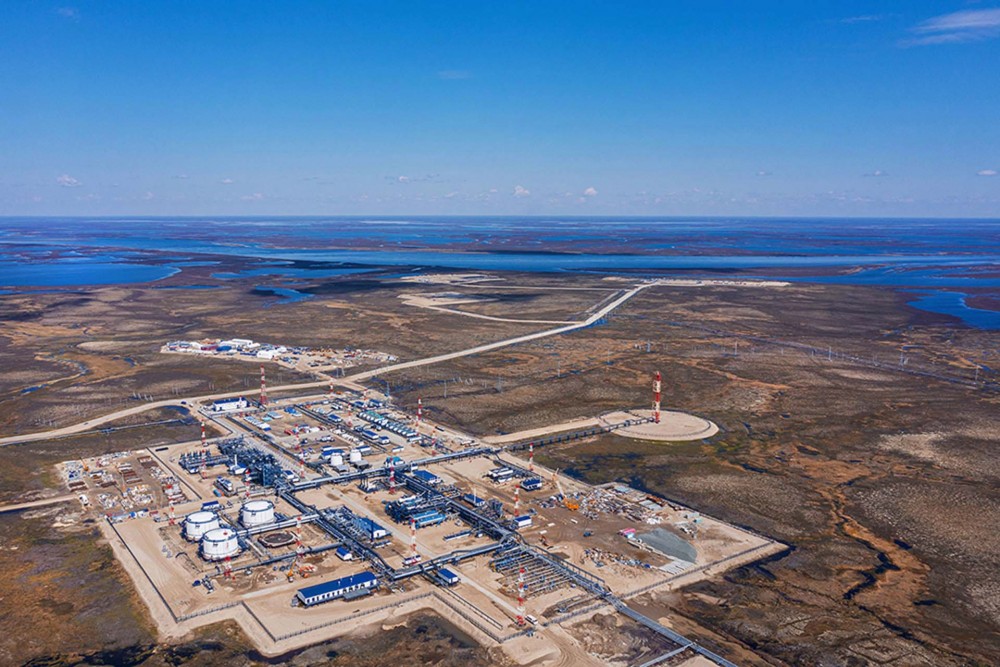 The Tazov field is located in the Taz river delta. Photo: Gazprom Neft

Gazprom Neft launches production of its Tazov field, to be cornerstone in a new Arctic oil cluster.
Read in Russian | Читать по-русски
By

It took Russian oilmen almost 60 years to develop the Tazov field. When discovered in 1962, it was the biggest field recorded in the whole western Siberia. But the structure of the deposit was complicated and it took more than half a century before the necessary technology was in place.

According to Gazprom Neft, the field holds as much as 419 million tons of oil and 225 billion cubic meters of natural gas. When including the adjacent fields of Meretoyakhinskoye, Severo-Sambulskoye and Zapadno-Yubileynye the resources exceed 1,1 billion tons of oil.

It will be a new Arctic oil cluster, the oil company underlines. Annual production is ultimately to reach 1,7 million tons of oil and 8 billion cubic meters of natural gas

“This huge project, in which we invest more than 150 billion rubles by year 2030, will become the core of Gazprom Neft’s new Arctic center for production with a geological potential of more than 1 billion tons of oil,” says CEO of Gazprom Neft Aleksandr Dyukov.

The fields are located on the tundra near the shallow Tazov Bay. The wide-stretched waterway that connects the Taz River with the Ob Bay has mostly freshwater and is considered environmentally highly vulnerable. The fish stocks in the area are unique and at risk of extinction because of the expanding oil industry, researchers have previously underlined.

A number of new oil and gas fields are under development in the far northern Russian region. From before, Gazprom Neft is operating the Novy Port project in the Yamal Peninsula, and the offshore project of Kammenomysskoye is under development. In addition come the Semakovskoye field, that is located partly on land, partly offshore in the Tazov Bay.

Novatek is operating the Yamal LNG and is in the process of developing the Arctic LNG 2. The natural gas company has plans for development of a number of fields in the area, among them the Geofysicheskoye and Severo-Obskoye fields.