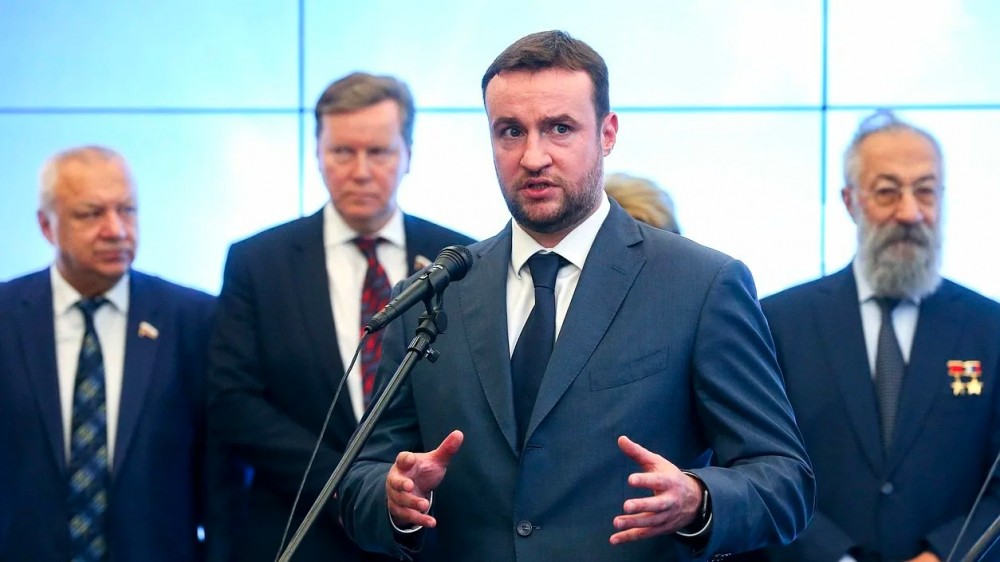 Andrei Patrushev, the youngest son in the powerful FSB family, is about to become one of the most powerful men in Russian Arctic energy. Photo: duma.gov.ru

The youngest son in the powerful FSB family is gaining control over key assets on the Russian Arctic shelf.
Read in Russian | Читать по-русски
By

Andrei Patrushev has long been a key figure in Russian Arctic development. The 42-year old son of Russia’s top national security chief Nikolai Patrushev has served in the country’s biggest oil and gas companies, and until recently headed the offshore Arctic branch of Gazprom Neft.

In 2019, Patrushev quit his job Gazprom Neft and took on the lead of Avrora, a company that since has quickly expanded in Russia’s far northern oil and gas industry.

Over the last year, companies affiliated with Avrora have acquired a controlling stake in Invest Geoservice (IGS), a company that owns more than 30 drilling rigs and provides services to several of Russia’s biggest energy companies, among them Novatek.

Then, in 2022, Avrora suddenly changed name to Gazprom Shelf Project. And the name notwithstanding, the company is not a subsidiary unit of Gazprom, but remains a private company controlled by Andrei Patrushev, Kommersant reports.

Gazprom Shelf Project will take over the management of the vessels and drilling rigs that until recently were controlled by Gazprom Flot. The fleet includes Russia’s most powerful and advanced rigs, among them the Arkticheskaya, Polyarnaya Zvezda and Severnoye Siyaniye.

The latter on the 17th of July set out from Murmansk with course for one of Gazprom’s remote Arctic license areas in the Kara Sea.

Andrei Patrushev now looks set to become the main contractor on shelf exploration for both Gazprom and Novatek. One of the two heirs of the Patrushev family is about to become a major player in the Russian oil and gas service industry. And he is likely to succeed.

The youngest of the Patrushev brothers has what is needed; a close relationship with the FSB and a father who manages the Russian Security Council and is one of Vladimir Putin’s closest allies.

Patrushev Junior is born into the FSB. He studied at the security service Academy and reportedly worked three years as Deputy Head of the FSB’s Department “P” that is in charge of industry counterintelligence. He later worked closely with Igor Sechin in Rosneft before he in 2013 joined Gazprom, a survey compiled by Novaya Gazeta shows.

Meanwhile, his four year older brother Dmitry chose the same career path in the FSB and today serves as Russian Minister of Agriculture.

The Patrushev Family is headed by Nikolai Patrushev, the man who has devoted his life to the KGB and later FSB. Before becoming Secretary of the Russian Security Council in 2008, he headed the FSB for almost ten years.

Nikolai Patrushev is the man who took over the reigns of the security service from Vladimir Putin, when the latter was appointed Prime Minister in 1999, and he has since been considered as one of Putin’s closest partners.

Patrushev Senior is himself a man with strong interests in the Arctic.

Under his auspices, the Security Council has organized a number of Arctic meetings with high-ranking international guests in places like Sabetta, as well as onboard nuclear-powered icebreaker “50 Let Pobedy.”

In 2020, on a decree signed by President Putin, the Security Council established a special commission that was to promote Russian national interests in the far northern region.

The establishment of the new commission came less than a year ahead of Russia’s takeover of the rotating chair of the Arctic Council.