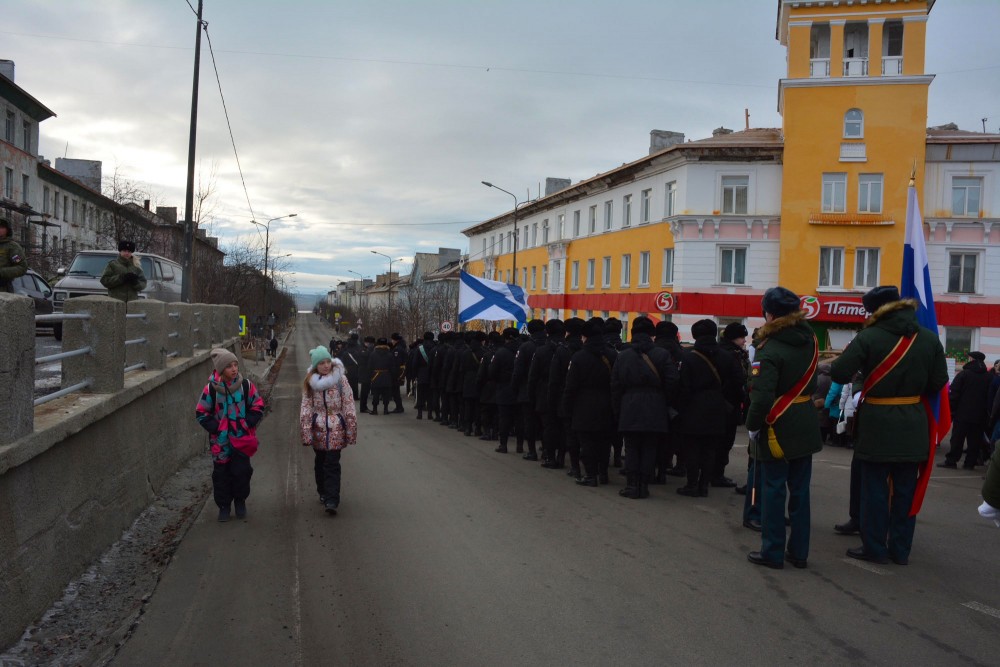 The region of Murmansk in 2020 had a more than 1,1 percent drop in its population. But several of the Northern Fleet's closed military towns saw a boost in newcomers.
Read in Russian | Читать по-русски
By

The forces that protect the Kola Peninsula and the wide-stretched Russian Arctic coast have over the past decade become a top priority of country’s armed forces, and big investments are being made in regional towns, bases and military infrastructure.

That is reflected in the demographic situation in the Kola Peninsula. New data from the Russian statistics service Rosstat show that the military towns are the clear population winners in the region.

The demographic increase was biggest in Severomorsk, the headquarters city of the Northern Fleet. In the course of the year, the local population increased by more than 1,250 people.

A total of 65,080 people now live in the closed military municipality of Severomorsk, the data from Rosstat show.

Also the towns of Snezhnegorsk and Pechenga had increasing populations. Other military towns like Gadzhievo and Polyarny in the period had a minor drop in the number of people.

The situation follows a trend evident over several years, including in 2018 and 2016.

Meanwhile, practically all other parts of the Kola Peninsula in 2020 experienced a significant demographic shrink. The city of Murmansk in 2020 dropped from about 288 thousand to less than 283 thousand.

The municipality of Pechenga located along the borders to Finland and Norway in the period dropped by 800 people to a total of 36,090. That includes the town of Nikel that in 2020 was abandoned by mining and metallurgy company Nornickel.

The Russian North has over many years experienced a drop in population. And the extraordinary strong decline in 2020 can partly be explained by the coronavirus.

Officially, the virus in 2020 killed about 75,200 Russian across the country. But population figures from Rosstat indicate that the number of deaths might actually have been far higher.