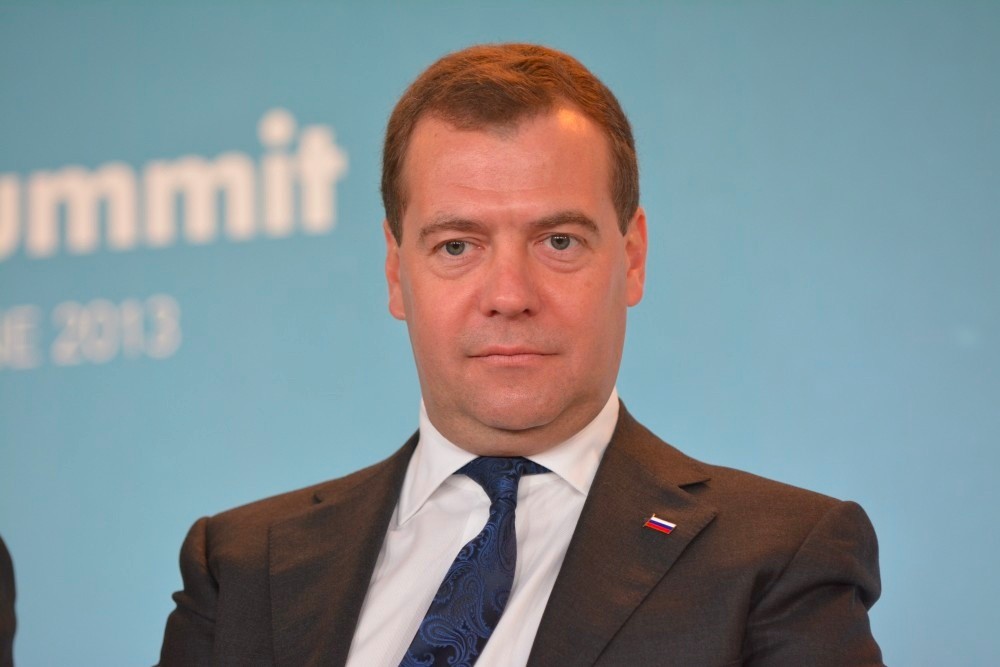 According to Dmitry Medvedev, the chairmanship in the Arctic Council provides Moscow with an opportunity to promote national security interests in the Arctic.
Read in Russian | Читать по-русски
By

“There is no secret that a number of countries are actively trying to curb Russian engagements in the Arctic and that they encroach on the mineral resources of the Arctic Ocean and seek control over strategic maritime and air communications in the region,” Dmitry Medvedev underlined in this week’s session in the Arctic Commission, a body under the Russian Security Council.

According to the former president and prime minister, the foreign engagement is “absolutely unacceptable,” and poses a direct threat to Russia’s national security interests in the region.

“It could lead to an exacerbation of the situation in the region,” Medvedev underlined and added that Russia therefore “must continue its work on the strengthening of Arctic troops equipped with modern types of armament.”

“This will be an efficient response to attempts from foreign states to destabilise the situation in the Arctic and prepare the ground for anti-Russian provocations,” the Security Council leader underlined.

Dmitry Medvedev also argues that Russia can use its chairmanship in the Arctic Council to strengthen its national security interests in the region.

“The takeover of the chair in the Arctic Council provides us with an opportunity to promote our own initiatives aimed at strengthening [national] interests in the Arctic.”

At the same time, he says that “all efforts must be made to preserve this organization as key international arena for strategic decision-making in the Arctic.”

Medvedev also underlined that Russian with full steam must proceed with the exploration of new oil and gas resources in the region, build new huge transport and energy objects and develop the Northern Sea Route.

Dmitry Medvedev has since early 2020 served as Deputy Chairman of the Security Council. It is not the first time that former state leader speaks out on Arctic affairs.

Also in the Commission meeting in October 2020, Medvedev lashed out against the USA and NATO members for their position on Arctic affairs and hinted that matters of national security should be incorporated in the work of the Arctic Council.

When Moscow took over the two-year rotating chairmanship of the council in May this year, the security issues were partly included in the Russian agenda.

The country’s top representative in the council, Nikolay Korchunov, before the international top meeting explained that his country intends to work for the establishment of a platform for cooperation between leaders of the Arctic countries’ armed forces. The Arctic council’s founding document, the Ottawa Declaration from 1996, states that “the Arctic Council should not deal with matters related to military security.”

The Russian Security Council is headed by President Vladimir Putin. Among its 12 permanent members are key representatives of the Russian top power and law enforcement authorities. The Council holds weekly meetings. Dmitry Medvedev is Deputy Head of the body and former FSB director Nikolai Patrushev - its Secretary.