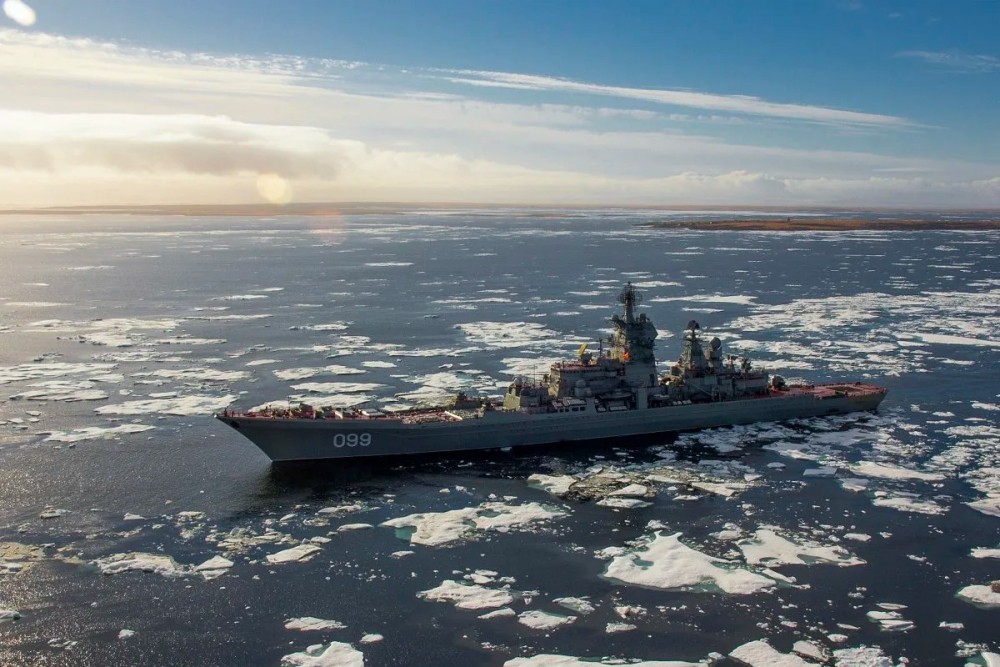 But Moscow warns against foreign attempts to politicise global warming and stagger Russian developments in the Arctic.
Read in Russian | Читать по-русски
By

The document that was signed by President Vladimir Putin on the 2nd of July is a significant update of the country’s security strategy from 2015.

The situation for Moscow has dramatically changed over the last years, and Putin has on numerous occasions highlighted his resurgent regime’s readiness to take action, militarily if needed, in relations with the abroad.

That includes the stress on “red lines” in his speech to the legislative assembly in April.

Moscow is not only investing heavily in its Armed Forces, but also militarising society, including its youth, and waging a war with the abroad over history and truth.

The Arctic is a top priority region for Moscow and major efforts are made to bolster capacities in the region. Still, the far northern region is only remotely mentioned in the new security strategy. The Arctic is referred to a total of four times, and the much-hyped Northern Sea Route is not even mentioned once.

But climate change has gotten a place in the strategy. It is mentioned nine times and described as a key reason for environmental emergency situations like wild fires, flooding, as well as spreading of infections diseases. President Putin has himself highlighted the potential major risks linked with the melting of permafrost. In a recent press conference, Putin underlined that the melting ground in the north could have “very serious social and economic consequences” for the country.

The strategy highlights climate change as a field for international cooperation. But, paradoxically, at the same time it warns against foreign countries’ attempts to use climate change as pretext for “limiting Russian companies’ access to export market, contain the development of Russian industry, introduce control systems over transport routes and stagger Russia’s development of the Arctic.”

According to the national security planners in Moscow, foreign powers are actively using environmental protection and climate change as “leverage to exert open political and economic pressure on Russia.”

Not surprisingly, information and information resources are highlighted as key strategic issues.

Without reference to Aleksei Navalny and his Anti-Corruption Foundation, the document highlights that “extremist organisations” are actively using the internet to “call for mass disorder”, “destabilise the public-political situation” and engage youth in destructive activities.

Both foreign special services and international internet companies are negatively influencing the situation, the Russian security planners underline. One of their counter-offensive measures is the “strengthening of Russian [state] mass media in the global field of information.”

The Russian security planners highlight the country’s “traditional values” as something morally superior to the west, and accuses “unfriendly” states of actively trying to undermine the Russian system.