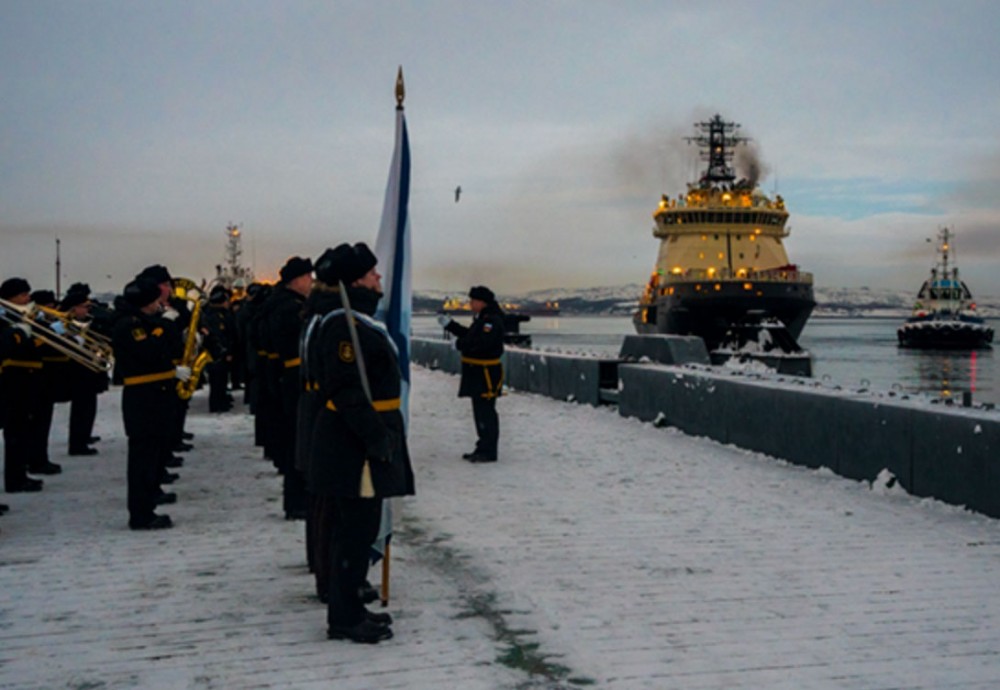 Both the Northern Fleet and the Pacific Fleet will over the next years get new powerful icebreaking vessels. They are needed for our "active development of the Arctic," the Navy argues.
Read in Russian | Читать по-русски
By

According to the Russian Armed Forces, military icebreakers will be of major importance for the development of the Arctic zone, exploration of Arctic waters and protection of the Northern Sea Route.

The building of the ships will be of “high priority in 2022 and the near-term perspective,” military representatives underline

In the course of the year, the Yevpaty Kolovrat will sail out of the Almaz shipyard in St.Peterburg and set course for far northern icy waters. The 85 meter long vessel, the first of the 21180М project, will belong to Russia’s Pacific Fleet and break ice for warships along the country’s far eastern coasts.

The ship is a modernized version of the Ilya Muramets, the icebreaker that was included in the Northern Fleet in 2017.

The icebreakers are built as the Russian Navy steps up its presence in Arctic waters. Over the past several years, the Northern Fleet has conducted several major exercises and expeditions in far northern waters, including in areas around the archipelagos of Franz Josef Land, Novaya Zemlya, Severnaya Zemlya and the New Siberian Islands.

The Ilya Muromets has been part of several of the voyages, and the Navy is satisfied with results. The Ilya Muromets “fully meets efficiency requirements lied down in project characteristics,” military representatives say.

Ilya Muromets is the first naval icebreaker built in Russia in 45 years. It is part of Project 21180, the predecessor of the the 21180М.

Another 21180М-vessel is now under planning. As soon as the Yevpaty Kolovrat leaves the construction yard in St. Petersburg, the building of a new similar vessel is due to be started. That ship is expected to be ready for sailing for the Northern Fleet in 2027, news agency Topwar informs.

The ships are built with Russian technology, then Navy Commander-in-Chief Admiral Korolyov said in 2017.

“Use of the newest Russian technologies in the construction of ice-class ships for the Navy allows one to make the conclusion that domestic military shipbuilding has been able to preserve and develop its potential in this field,” he said in a comment.

In addition to the Project 21180 and 21180М, the Russian Navy is building two icebreaking patrol vessels of the 23550 class. The Ivan Papanin and Nikolay Zubov are planned to be commissioned in 2023 and 2024. Also the FSB is building a similar vessel for its northern coast guard units, due to be ready for sailing in 2024.

The building of naval icebreakers comes in addition to the major number of new civilian icebreakers commissioned by state companies Rosatom and Rosmorport.

In the course of few years, Rosatom will have a fleet of four, and possibly six, LK60 nuclear-powered icebreakers. In addition comes the super-powerful “Lider.”