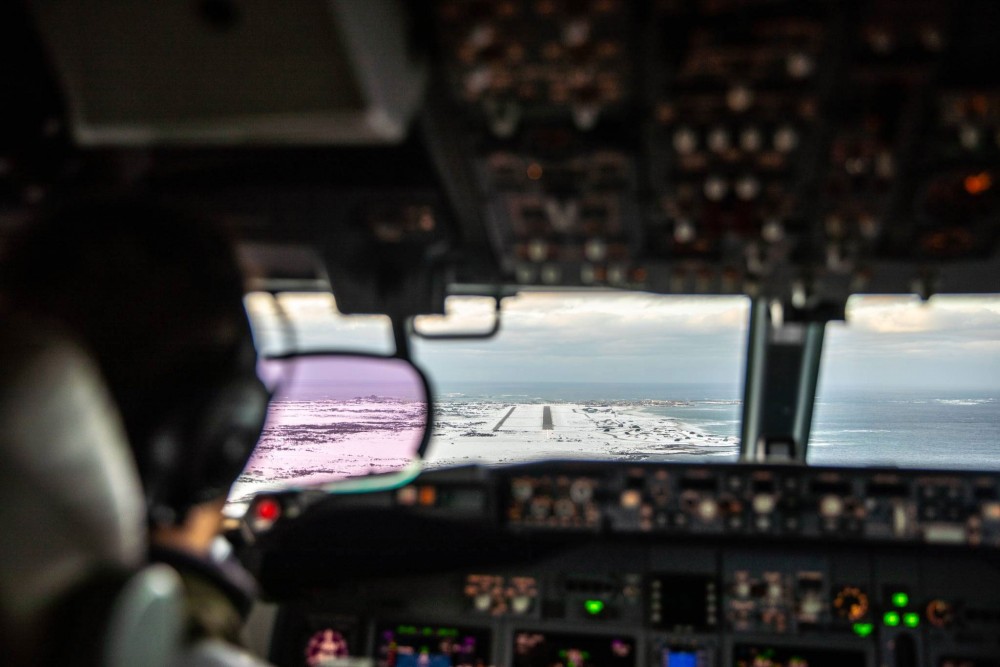 Ready for landing at the Andøya base. Photo: Onar Digernes Aase, Forsvaret

The war in Ukraine has made the Nordic country reconsider its plans to close two Arctic air bases.
Read in Russian | Читать по-русски
By

“The state of the Norwegian Armed Forces is not what it should be,” the Norwegian defense minister said as he last week presented an updated national defense plan.

“The Russian invasion of Ukraine has major consequence for Norwegian security because Russia has considerable security interests in the North and that affects Norway and NATO,” Minister Odd Roger Enoksen said.

“In the times ahead, Norway must do more to uphold its influence in the region,” he underlined.

The new white paper that now has been handed over to Parliament outlines serious challenges in the country’s military. Several key investment projects are delayed, among them the acquisition of new submarines. Four German-built submarines of the U212CD class are to be delivered to the Norwegian Navy from 2029, but the ships might not be ready until significantly later.

There are also major problems connected with the country’s new NH90 helicopters, and the introduction of new F-35 fighter jets and P-8 marine patrol aircraft requires a boost in operational capacity, the authors of the report conclude.

They also argue that Norway must strengthen its infrastructure in the North. Previous plans included the closure of the air bases of Andøya and Bodø, but the former is now instead getting a revival.

The air base located at 69°N is now considered to of key importance for allied training in the North. According to the Defense Ministry, Andøya will be a “permanent military reception base for allied forces.”

“This means that we will preserve the infrastructure and maintain the base, including the long runway, and we will facilitate training and exercises,” the defense minister told Aftenposten.

It is believed that Andøya will be used extensively by the U.S Air Force and especially by P-8 patrol aircraft. Over the last years, U.S P-8 aircraft have extensively patrolled north Norwegian air space together with Norwegian P-3 Orions. Norway is itself acquiring five of the top-modern Boeing aircraft, the first of which arrived in Norway in November 2021.

Andøya has shelters for several aircraft, but there is no air defense systems in the area.

The preservation of the air base is believed to come with a major cost for the Norwegian defense budget. The country’s Government this year added 3,5 billion kroner (€362 million) in military spending, and more is likely to be allocated in 2023 and the following years.

Several defense representatives now also question the plans to close the air base of Bodø. The base that for 70 years has served Norwegian and allied aircraft was formally closed in January 2022 and is to give way to local city real estate development. A new civilian airport is to be built only few hundred meters from the old facility.

Chief of the Norwegian Air Force Rolf Folland now calls for the preservation of the base.

“Everyone assesses the challenges with new views since Russia invaded Ukraine [and] operational platforms for allied support are crucial for us as a nation,” he told NRK.

According to Folland, Bodø can in the future facilitate allied visits, exercises and training. The base was successfully applied during the recent Cold Response exercise, he explains.

Bodø has for several decades been the main base for Norway’s fleet of F-16 fighter jets, and has as many a 70 aircraft shelters.

Following the decision to acquire new F-35 fighter jets in 2008, Norway started a major reorganization of its Air Force base structure. The new aircraft are based in the upgraded stations of Ørlanded and Evenes. The latter will also be the main base for the P-8 aircraft.

The two new bases are to be fully operational by year 2025.

Note to readers: Shortly before the publication of this article, Odd Roger Enoksen resigned as defense minister. He is now replaced by Bjørn Arild Gram.