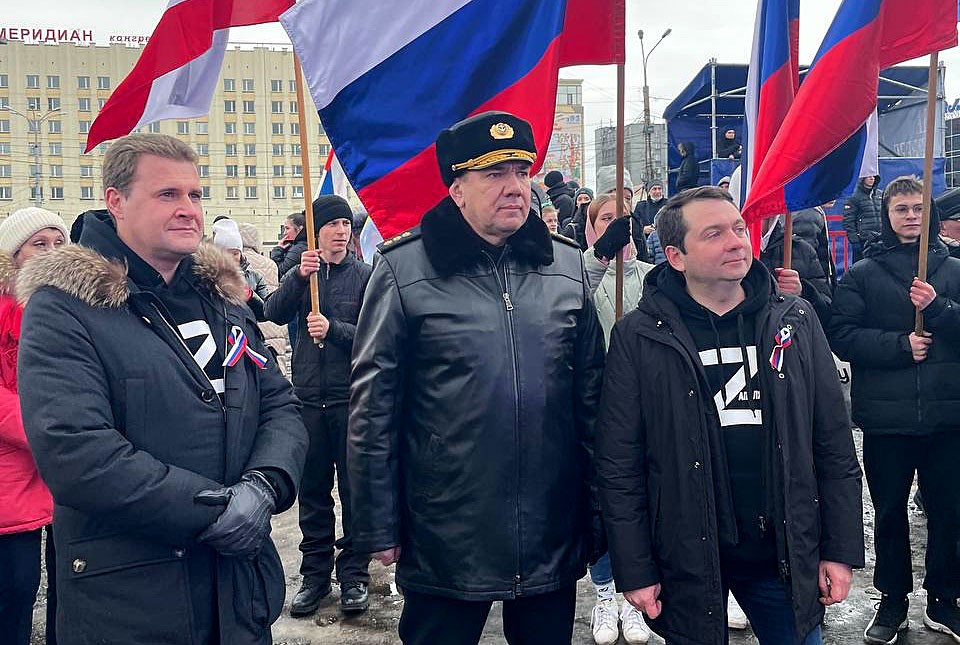 Governor of Murmansk region Andrei Chibis might never have gotten as many feedbacks on social media posts as when he posted condolences over a group of local soldiers killed in Ukraine. Far from all comments are supportive.
Read in Russian | Читать по-русски
By

On the 17th of May Governor Chibis posted a message on his VK page with condolences over the death of  Aleksei Ostashov and Aleksei Malikov, two locals from the Kola Peninsula.

“They died in the special operation, fighting for a world without Nazism,” Chibis writes. “Until the end, they stayed true to their duties and oath, protecting the security of our country,” he added.

Over the next few hours, several hundred reader comments followed, and over the subsequent two days more than 850 comments were posted.

The lion’s share of the comments are supportive and express the patriotic spirit desired by the regional leader.

“We cherish the memory”, says one reader. “Glory to the heroes!” says another. “Rest in peace,” many write. However, not everyone express only condolences. Among the comments are several highly critical voices against the war.

“For what purpose and for whom did they die?” a man who reportedly has his own son fighting in Ukraine asks.

“This is a real war! Our relatives are dying, and then they invented this beautiful word “special operation.” My condolences to everyone that is connected with this disaster,” writes a woman.

“They were sent there by a crazy führer that invented Nazis, Fascists and banderites. Our young men are victims, they could have lived, raised kids and made their parents happy, but now until the end of their days is only pain and tears. Let the man who unleashed this war perish,” another women writes.

Several people also discuss the number of soldiers killed. One reader refers to the figures used by the Ukrainian Armed Forces, which includes more than 28.000 dead Russians.

It is not clear to what extent the Governor’s people are editing the comments on the VK page, and how many critical voices that are removed. It is also unclear whether Chibis has his own “trolls” participating in the online discourse.

Over the last two months, the regional governor’s has posted five messages about war losses. The first came on the 17th of March, and was about Viktor Shokhin, Roman Grudov and Sergey Yerzhov who had died as their brigade was attacked by Ukrainian “nationalists.”

Three days later, Chibis wrote about Leonid Belyakov who also had lost his life in battle. The next message followed on the 16th of April and commemorated the death of sailors Sergei Sidorenkov, Artyem Shurko and corporal Nikita Niltsigaev. On the 11th of May, he expressed condolences over the death of Denis Timokhin.

On the latter post, about 7,500 people pressed “like.” On the one hand, that is a high number, but on the other hand it constitutes less than 3 percent of the readers.

Governor Chibis has been a highly outspoken proponent of the war and has for weeks traveled around the far northern region with a large Z on his chest.

Chibis now appears to have slightly modified his symbolism. His social media posts are no longer accompanied by active use of the war symbols Z, V and O. But the governor remains loyal to the Kremlin expectations.

In his 9th of May speech, he compared the war against Ukraine with the Second World War, and underlined that Russian soldiers will win the fight.

“Unfortunately, our country has once again had to fight Nazism. But I am confident that our protectors, our soldiers, our honorable fighters of freedom will win the battle. The victory will definitely be ours.”

Chibis has organized several pro-war rallies and decorated the City of Murmansk in war ribbons and symbols.

It is unclear how many local soldiers from the Kola Peninsula have lost their life in the onslaught on Ukraine, but the number is clearly higher that the eight men mentioned by Chibis

The real number could be in the hundreds.

Judging from media reports from early March, a powerful force from the 200th Motorized Infantry Brigade in Pechenga suffered great losses during the first days of the attack. Unconfirmed reports informed about 300 servicemen from the north killed in the fights.

The regional governor does his utmost to justify the tragic losses.

“They died heroically and courageously during execution of their duties,” Chibis writes in one of the VK posts.