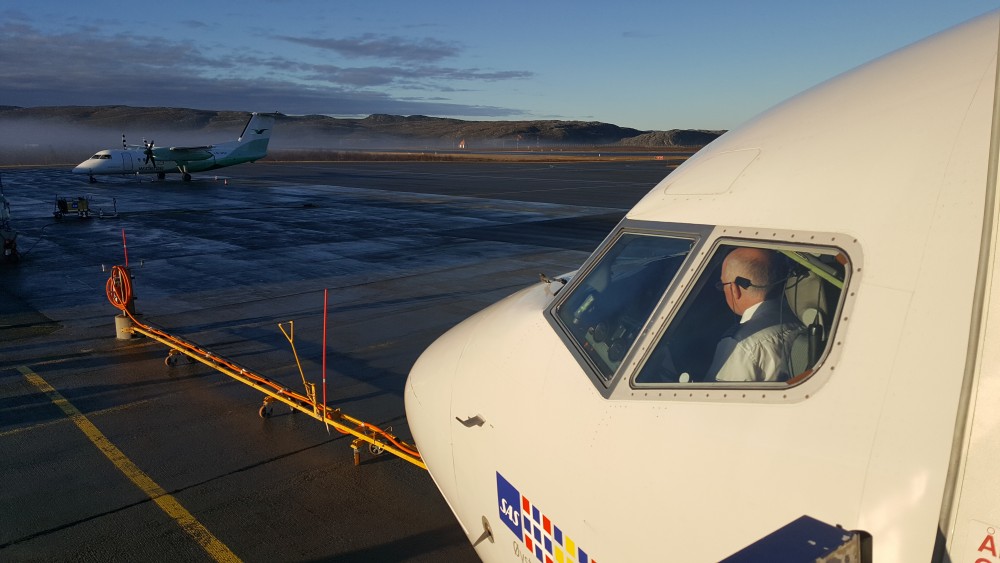 Kirkenes airport is only 10 km from the border with Russia and about 55 km from the training grounds of the 200th Motorized Rifle Brigade in Pechenga. Photo: Thomas Nilsen

Four passenger aircraft have over the last few days lost GPS signals when flying in Norway’s northeastern region. Since Russia's invasion of Ukraine, jamming has been registered more than 20 days.
Read in Russian | Читать по-русски
By

Russia is to blame for GPS jamming that affects civilian aviation in border regions of neighboring countries. From the Kaliningrad region in the south to the Kola Peninsula in the north.

In Eastern Finnmark the nearest airport, Kirkenes, is only about 55 km from the Pechenga valley, an area where both Russia’s 200th Motorized Rifle Brigade and the 61st Naval Infantry Brigade are based and have their training ground.

Norwegian military officials have on several occasions previously pointed to the Pechenga area as the origin of electronic warfare units sending jamming signals in a western direction aimed at interfering with Global Navigation Satellite Systems (GNSS).

Now, the jamming from Russia is more frequent than ever before, Norwegian Aviation Authorities told newspaper Dagbladet on Saturday.

The agency underlines that safety for the passenger planes has not been in jeopardy, as pilots on the flight deck have alternative backup systems to navigate on landings and take-off.

The Finnmark region has 11 airports with daily passenger traffic. In the Varanger area close to Russia, airports are found in Vadsø, Vardø, Båtsfjord and Berlevåg, in addition to Kirkenes.

Nikolai Gerrard with the Norwegian Communications Authorities (Nkom) believes the jamming should be seen in context with Russia’s war on Ukraine.

“This interference has its source east of the border in Eastern Finnmark, and we are not talking about legitimate activity,” Nikolai Gerrard told Dagbladet.

The Barents Observer first time told about military Russian jamming from the Kola Peninsula in direction of Norway in late 2017. The year after, during NATO exercise Trident Juncture, the jamming of GPS signals was interfering regional airliner Widerøe’s flights as far west as Lyngen, hundreds of kilometers from the Russian border.

Also pilots flying inside the Arctic Circle in northern Finland were warned about Russia’s electronic warfare troubling civilian aviation to airports like Ivalo and Rovaniemi.

This spring, GPS jamming incidents have also affected flights over Finland, the Baltic Sea and near Russia’s Kaliningrad region, euronews.next reported. Those incidents, however, were likely not done on purpose.

Interviewed by Bloomberg, the head of satellite navigation with the French air safety agency, Benoít Roturier, said the disturbances reported by pilots were “collateral damage” from Russian military activity.