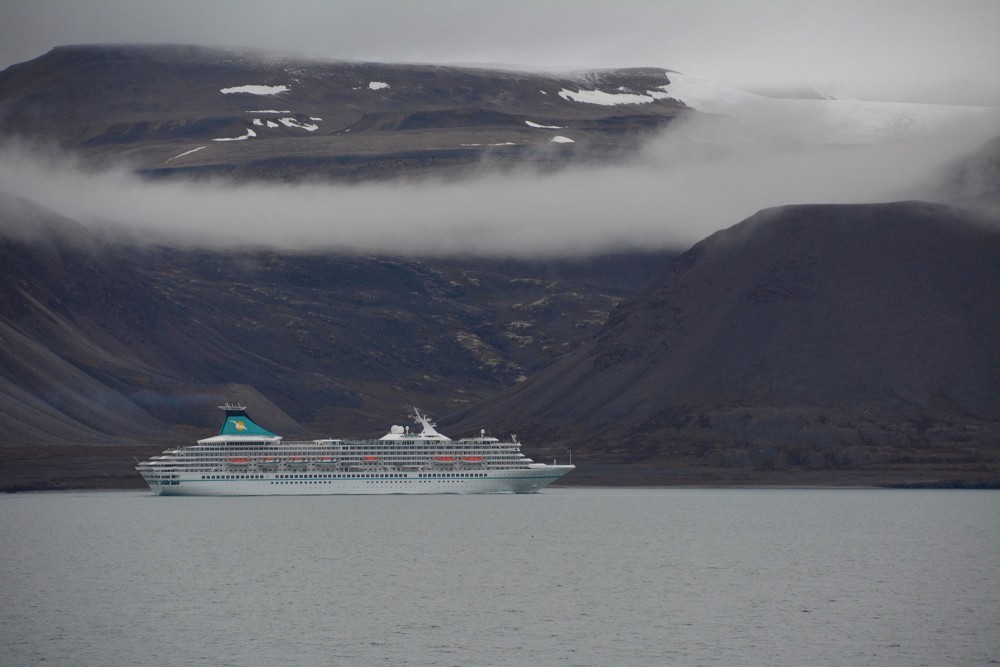 Government developers call for the building of Russian cruise vessels that can bring wealthy travelers to the far northern Franz Josef Land.
Read in Russian | Читать по-русски
By

Tourism was on the agenda as the Presidium of the Russian Arctic Commission convened in late December to follow up government Arctic priorities.

Measures must be taken to build infrastructure in the Franz Josef Land that can boost Arctic tourism, the Commission explains.

In 2019, three cruise vessels visited the archipelago, but that number can easily be increased to 10 as soon as COVID-19 restrictions come to end, Deputy Minister of the Far East and Arctic Aleksandr Krutikov said.

That will be up to 1,000 tourists, according to Krutikov.

The Commission is Russia’s top government authority for Arctic issues. It is headed by Deputy Prime Minister Yuri Trutnev.

According to the deputy premier, a series of measures that help stimulate Arctic tourism will now be taken. That includes support for the building of a Russian fleet of Arctic cruise vessels.

“The fact that only foreign-built ships sail in the area is not a very good story,” Trutnev underlined, and added that ultimately also Russian ships will sail in the area.

“If we intend to develop Arctic tourism, then we probably have to establish beneficial conditions for Russian companies to acquire ships, with for example subsidized interest rates,” he said.

In addition to tourism development, the Arctic Commission meeting also addressed renovation of military towns in the Kola Peninsula, upgrades of meteorological stations in the Arctic and the building of a new major survey ship for hydrographical mapping.

Russia’s state-owned United Shipbuilding Corporation is from before engaged in the development of new cruise ships.

In a meeting in a State Duma Committee in July 2019,  leader of Russia’s state-owned United Shipbuilding Corporation Aleksey Rakhmanov underlined that tourism is a perspective industry.

“The Arctic expedition cruises are promising and significant for our country. I am sure that there will be customers for building vessels for such cruise,” he said.

Arctic tourism, including the development of a Russian fleet of cruise ships, is also a component in Russia’s new Arctic Strategy.

Over the last two decades, it is only company Poseidon Expeditions that has offered cruises to Franz Josef Land. With its luxury vessel Sea Spirit tourists have regularly made it to the remote and icy archipelago.

It is not a voyage for budget travelers. Rates start at $8,995 per person in a triple classic cabin. A premium suite is twice that price. The cruise lasts for two weeks.

Poseidon Expeditions will not remain in monopoly position at Franz Josef Land for long. Many cruise-liners are now lining up for access.

In 2019, Silversea Cruises successfully sailed its Silver Explorer on the Northern Sea Route from Nome, Alaska, to Tromsø, Norway. Among the sites visited underway was the Alexandra Land.

That same year, did Hurtigruten make a failed attempt to sail to the archipelago.

More companies, among them the Nobel Caledonia, Ponant and Lindblad Expeditions intend to sail north towards the Russian islands.