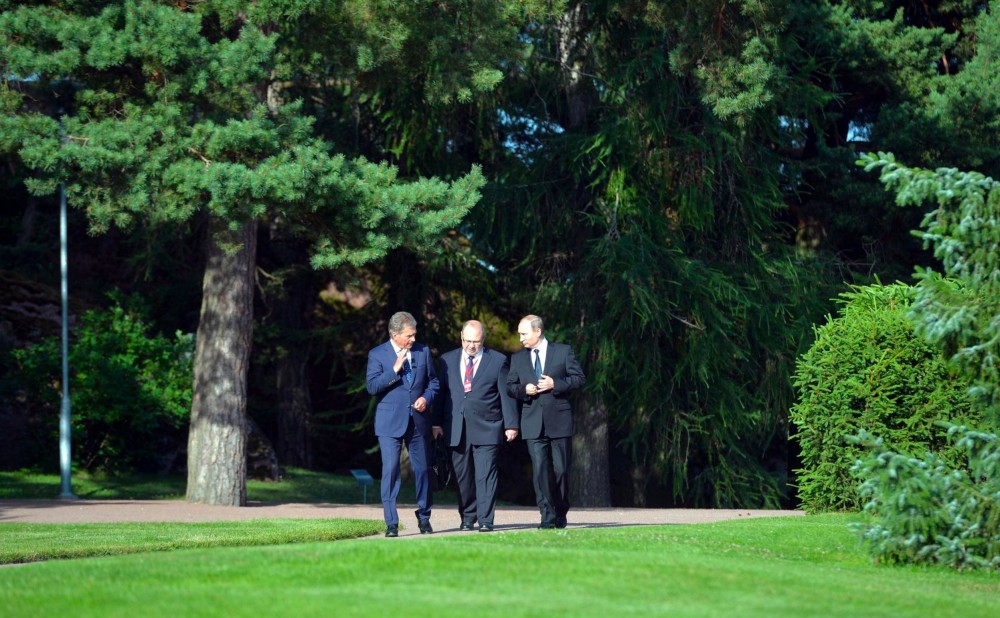 Finnish President Sauli Niinistö confirms that he will meet Vladimir Putin twice this year.
By

The Finnish state leader in a television interview this weekend said that a meeting with Putin is scheduled to take place in Finland, probably sometimes during summer. A second meeting is to take place in Russia, Yle reports.

The statement from Niinistö comes after his telephone conversation with the Russian president on the 30th December. That talk included discussions on the situation in Syria and security in the Baltic Sea region. They also discussed bilateral relations between Finland and Russia and Finland’s chairmanship of the Arctic Council that begins next year, the Finnish president’s press service informs.

Despite a wide range of conflicting issues in relations, Helsinki continues to work for an open dialogue with Moscow.

During the Finnish-Russian top meeting in July 2016, President Niinistö stressed the importance of trust-building measures in relations.

“In order to build trust, it is important that we take at least small steps in the right direction”, Niinisto underlined.

Several of Putin’s statements during the bilateral meeting made big headlines.

In their joint press conference, Putin called Finland “a priority partner, and underlined that relations between the countries “truly are based on a solid foundation of friendship and good neighborhood”.

At the same time, the Russian state leader hinted that a Finnish exit from the EU would end the country’s troubles linked with the East-West sanctions and counter-sanctions. “Take contact with London, they will tell you how to proceed”, Putin recommended. He also argued that a Finnish membership in NATO could be devastating for Finland in case of a conflict with Russia. Russian troops will be stationed closer to the Finnish border and if war breaks out, NATO will “with pleasure fight with Russia until the last Finnish soldier”, Putin said.