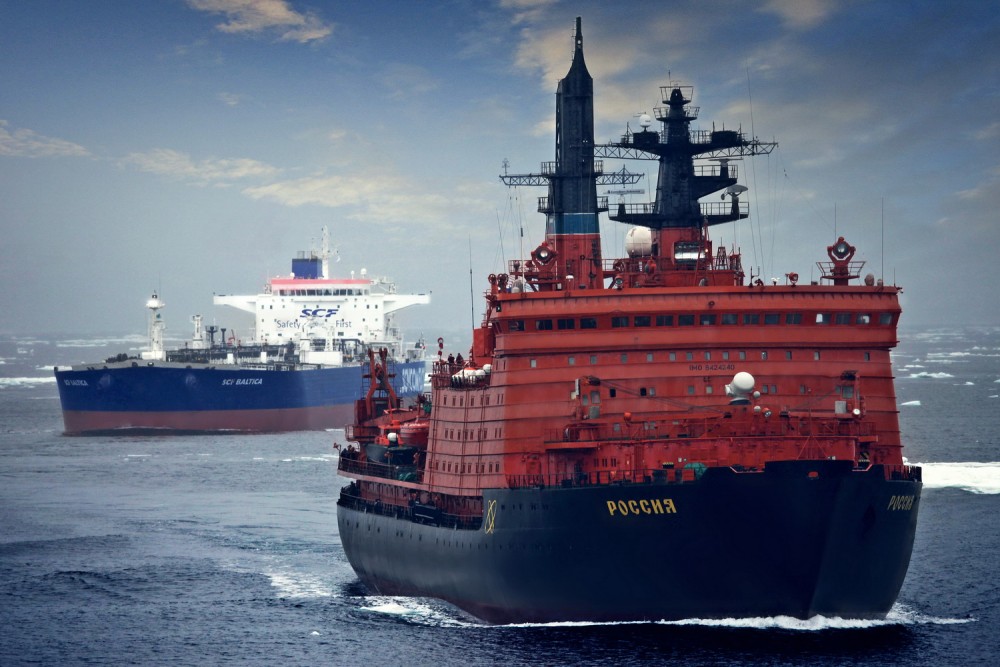 Three tankers will deliver the Novy Port oil to the world markets. Some of it will be sent eastwards along the Northern Sea Route. Illustration photo: Sovcomflot.ru

The shipping company, Russia’s biggest, this week announced a credit facility agreement with Sberbank over the three Arctic shuttle tankers. The deal has a 14-year time frame and will cover the construction of the ships, a press release from the company reads.

The vessels will have a deadweight of 45,000 tons and operate in the shallow waters of the Ob Bay. They will have special ice protection and operate in shuttle to and from a terminal tanker in Murmansk.

As previously reported, the 300,000 ton tanker ”Umba” will from 2016 be stationed in the Kola Bay and operate as terminal tanker for oil from the Novy Port.

Sovcomflot representatives confirm that the three new tankers are already under construction at the Samsung Heavy Industries yard. The first will be delivered in 2016, newspaper Vedomosti reports.

The Novy Port project is with its about 250 million tons of oil one of the biggest oil fields in the Yamal Peninsula. It is operated by Gazprom Neft and will have an annual production of five million tons. The project includes the construction of a terminal port at Cape Kamenny on the Yamal coast.

In early November this year, Gazprom Neft launched construction of the ”Aleksandr Sannikov”, one of two icebreakers for the project.