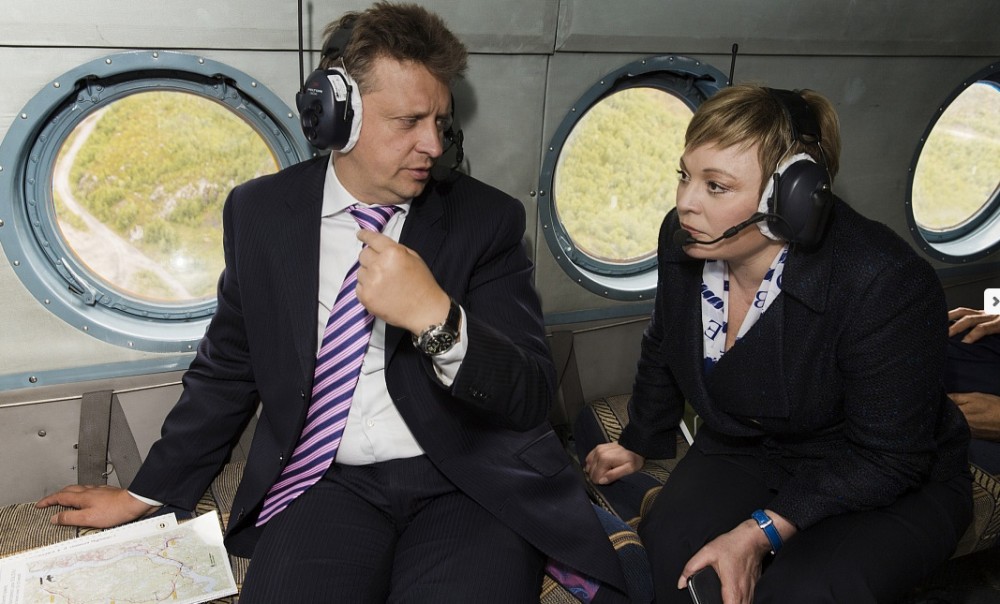 Federal Minister of Transport Maksim Sokolov pays visit to Murmansk to see the development of the region’s grand infrastructure project.
By

«This is one of the biggest transport infrastructure projects unfolding in our country at the moment», Sokolov underlined in Friday’s meeting with regional Governor Marina Kovtun.

«The current pace in construction allows us to look with confidence at the project’s future», he added, a press release from the regional government reads.

After years of standstill, the Transport Hub developers appear to be operating full swing. According to Marina Kovtun, more than 1000 people are now working on the site along with 400 pieces of machinery.

The Transport Hub project is key part of the Strategy for Transport System Development by 2030, a guiding document developed by the federal government. Along with the Sabetta Port in Yamal, it is the biggest infrastructure initiative in the Russian Arctic.

On the plan is the construction of a 28 km long railway line on the western side of the Kola Bay. The line will stretch from the village of Vykhodnoy south of Murmansk City, across the Tuloma River and to Lavna,

The contract won in 2014 by company Stroygazkonsulting is worth 41.5 billion rubles (€560 million) and included also the building of a bridge across the great Tuloma river.

Originally, the Murmansk Transport Hub was to connect with several major new industrial objects on the western side of the Kola Bay. However, the fate of several of the industrial projects are unclear, as Kuzbassrazrezugol (KRU) early 2015 announced that it was abandoning its plans for a new 18 million tons capacity coal terminal.

The current economic situation in the country had made the project unprofitable, company owners Iskandar Makhmud and Andrey Bokarev told newspaper Kommersant.

Similarly, earlier this year oil company Rosneft signaled that it had decided to cancel plans for an oil terminal in Lavna.

Meanwhile, Novatek has gone in the opposite direction and now appears confident to build a new plant for construction of LNG modules in the area.