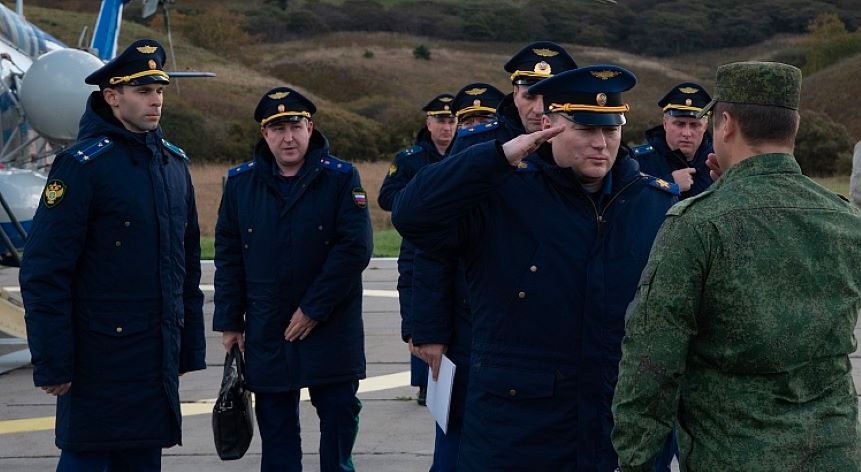 Blocked for the second time: According to the state attorney in Moscow, the Norwegian newspaper publishes "false news about terrorism" and seeks to "destabilise the political situation in Russia."
Read in Russian | Читать по-русски
By

The small newspaper based in Kirkenes, Norway, is again on the agenda of Russian censorship authorities. It was blocked by media regulator Roskomnadzor already in early 2019. This week, it got double-blocked by the country’s General Prosecutor.

The online newspaper that publishes in both English and Russian was notified about the decision on Saturday the 29th of October. In a letter, the General Prosecutor’s office gives the Barents Observer 24 hours to delete all “illegal information.”

According to the prosecutors, the newspaper publishes “unreliable public information aimed at destabilising society and the political situation in the Russian Federation.”

Furthermore, it distributes “false information about terrorist acts,” and “creates threats to people’s lives, health and property.”  The information jeopardises public order, as well as the safety of social and transport infrastructure, credit organisations and objects of energy, industry and communication, the letter reads.

The Barents Observer is based in Kirkenes, Norway, and covers Arctic and Russian developments. That includes economy, society and national security. Since Russia’s onslaught on Ukraine in 2014 and 2022, the newspaper has closely followed the country’s growing militarisation, nationalism and crackdown of the media and civil society.

In the wake of the attack on the 24th of February, the Barents Observer has reported about the massive losses of men and equipment of the brigades in the Kola Peninsula. It  has also repeatedly described serious consequences for Russian economy, as well as for international relations in the Arctic. In September, the newspaper strengthened its news team with two experienced Russian journalists.

The letter from the General Prosecutor is dated the 8th of October 2022. It underlines that the Barents Observer’s main domain name will be blocked unless the newspaper complies with demands.

The newspaper’s domain name was shortly later added to a federal list of blocked websites. A number of more media were added to the list on the same day, among them the Russian version of the Moscow Times.

The blocking will have little practical consequences for Barents Observer. It is from before blocked in Russia, and Russians need to use VPN or visit the newspaper’s mirror domain to get access.

According to Editor Thomas Nilsen, the repressive action by Russian authorities illustrates that the newspaper’s free and independent journalism matters.

“It shows that we are doing the right things,” says Nilsen. “It shows that our independent and fact-based journalism has an important role to play, and that representatives of the increasingly totalitarian authorities in Moscow are reading our stories.”

“Any independent media is a threat to the regime,” he adds.

The editor underlines that the Barents Observer will never give in to pressure. Like in 2019, the request from Moscow will be taken seriously, but the demands ignored.

“The letter from the Russian General Prosecutor only gives us more motivation and guts to continue our work,” he underlines.

At the same time, Nilsen is cautiously aware of possible more threats. While the blocking in 2019 was conducted by media regulator Roskomnadzor, the latest decision is initiated by the General Prosecutor.

“It is a step up, the latest letter comes from a very powerful institution in Russia,” he explains.

Since the Barents Observer was blocked on Russian territory in 2019, it has actively worked to find ways to circumvent the blockage. The newspaper today makes all articles available on a mirror domain, and audio stories are posted as podcasts. In addition, the newspaper posts all stories on social media VK, Telegram, Twitter and Facebook. It also has newsletter dispatches in both English and Russian.

The blocking in 2019 created a stir in Norwegian-Russian relation and the Russian Ambassador to Norway was summoned to the Foreign Ministry in Oslo.

It also created a stir in Russia. A major number of Russian media reported about the case. Among them were several hardline government media, as well as media believed to be controlled by Yevgeny Prigozhin.

«Block this newspaper to hell,» said Vitaly Milonov, the Member of the State Duma. In an interview with the Federal News Agency, Milonov lashes out against the Barents Observer, saying that it represents «degeneration and decay» and that «its ideology and its clients is based on people with queer psyche.»

In an interview with Politika Segodnya, Aleksandr Malkevich, leader of Russia’s Public Chamber on information, media and mass communications, said that «it is time to set an example» against the Barents Observer.

«We need one striking show of corporate punishment,» he underlined. «And if that will not be enough, then we will need to whip them two or three times,» he continued.

«We have to do it as tough as possible within the frames of our legislation, with the maximum level of demonstration and publicity.»

The blockage came after Russia’s state media authority Roskomnadzor on 28th January issued a warning saying that the story about Dan Eriksson, a homosexual Sámi man from northern Sweden, is a violation of Russian law. In a letter, the media authority gave the Barents Observer 24 hours to remove the Russian-language article.

The story, originally published by Swedish newspaper Arjeplognytt, tells about Eriksson who lived through years of hardship, and twice tried to kill himself, because of taboo and prejudices connected with his sexuality. He is now a happy man who works with mental health issues among young Swedish gays.

Roskomnadzor argued that the story propagates suicide and is in conflict with Russian Federal Law «On Information, Information Technologies and Information Protection».

The Barents Observer declined to comply with the demands and the story remains available on the website, both in an English and Russian version.