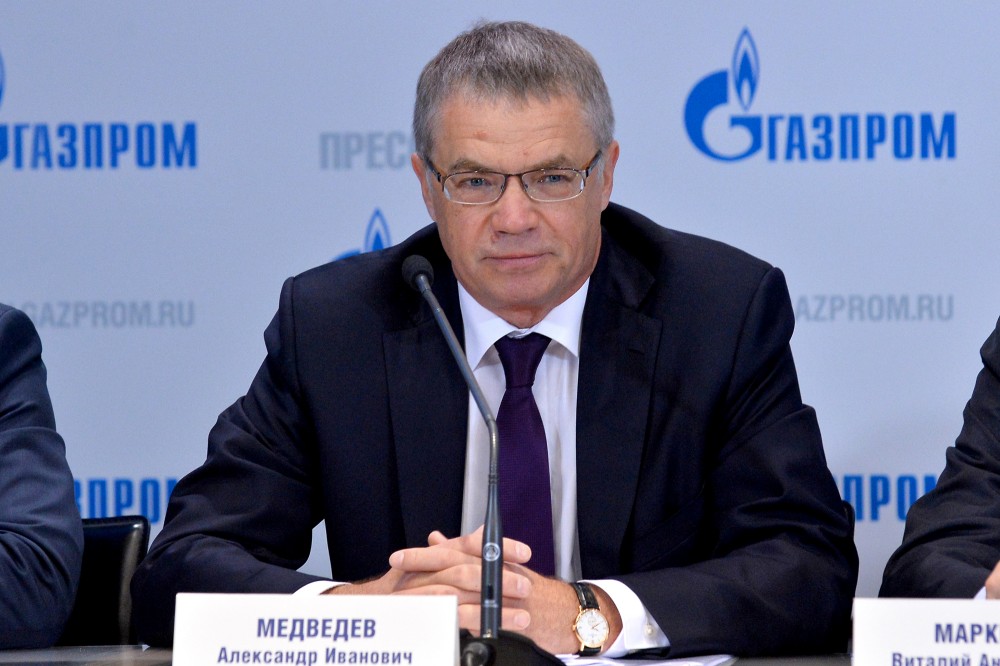 We hope this will not become a political issue, a leading representative of the company says.
Read in Russian | Читать по-русски
By

Aleksandr Medvedev, Deputy Chairman of the company’s Management Committee, says to Reuters that Norwegian authorities have put a stop to a planned acquisition of OMV’s assets in Norway. According to the company representative, the Norwegian government will not approve more than a 25 percent takeover of the Austrian company.

«There will be a meeting with the Norwegian ministry, will see why they are limiting participation in the holding company to 25 percent», Medvedev told Reuters.

«We don’t want to face such a situation. Hopefully there will be no politics,» he added.

Gazprom’s acquisition of OMV Norway is part of a swop deal concluded between the two companies in April this year. While the Austrians get part of the Urengoy project in Western Siberia, the Russians are to get a stake of OMV licenses in Norway. The deal reportedly includes «a major share» of OMV Norge, the subsidiary which holds 33 licenses on the Norwegian shelf.

Among the OMV Norwegian assets are ten licenses in the Norwegian Sea and eight in the Barents Sea. The company also owns a share of the Polarled pipeline. In the recent awards of the 23rd Norwegian license round, OMV Norge won a 25 percent license stake in a strategically key area in the Barents Sea.

Norwegian media have earlier reported that the Russian company is in talks with Norwegian authorities about was to facilitate the engagement on the country’s shelf. However, Norwegian Minister of Petroleum and Energy Tord Lien now says to E24 that his ministry is not involved in any negotiations.

«We have no requests under review», he underlines to E24.

That is confirmed also by Ministry Communication Adviser Ella E. Bye Mørland. «We have not received any request from OMV or Gazprom about cooperation».

In mid August, Russian news agency RIA Novosti claimed that the Norwegian government is under massive pressure from Washington in the case. According to the newsmaker, U.S. authorities are making deliberate efforts to limit Russian influence on the Norwegian shelf.

From before, there is a growing Russian interest in Norwegian waters.

In 2014, Mikhail Fridman and his company LetterOne acquired control over oil company DEA Norway. The year after he followed up with the takeover of E-On Norway. With the deals, LetterOne today has a portfolio of 77 licenses in Norwegian waters, of which 16 are self-operated.

Most of the licenses are in the North Sea and the Norwegian Sea. However the company also owns stakes in the Barents Sea, among them in the Alta prospect where an appraisal well was successfully drilled last year.

In the 23rd Norwegian license round announced in May this year, DEA Norge strengthened its position in the Arctic. The company won a 30 percent stake in two license areas, both of them located in the central part of the Norwegian Arctic region, near the Alta prospect.

Also Lukoil and Rosneft are represented in northern Norwegian waters. Both companies won license stakes as part of the 22nd License Round, and Lukoil is part of the consortium which is to develop a license located directly along the maritime border between Norway and Russia.