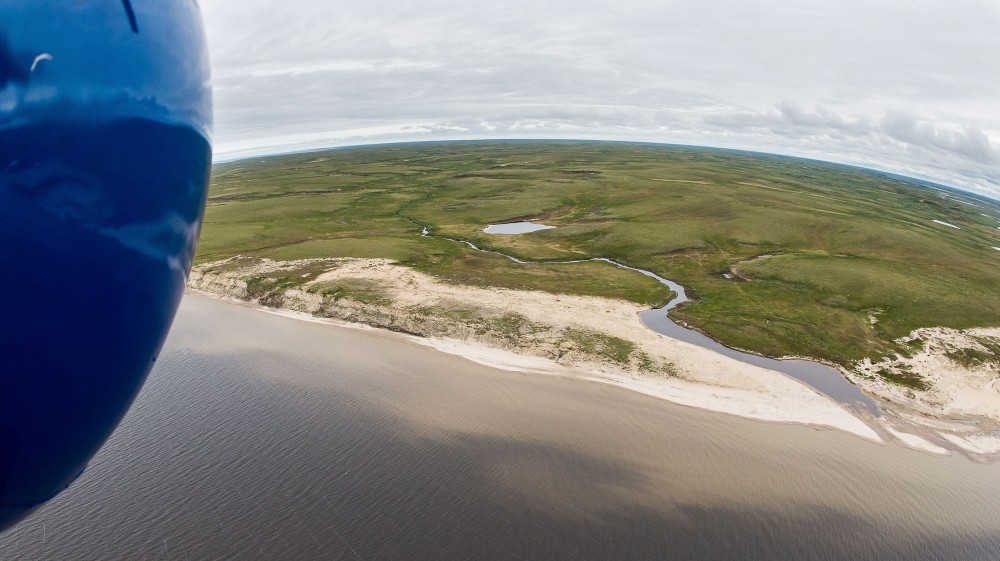 The Semakovskoye field is located partly on land, partly offshore in the Ob Bay. Photo: Gazprom

The Semakovskoye field holds 320 billion cubic meters. Much of it is located offshore in the Gulf of Ob.
Read in Russian | Читать по-русски

According to Gazprom, the field will start production in the course of 2022. A total of 19 wells are to be drilled and subsequently connected with the company’s pipeline grid in the Yamburg area.

Project development started in the summer of 2020 and by early 2021 the first six wells were prepared for production.

The Semakovskoye resources are located partly on land, partly offshore in the Ob Bay, and well drilling includes up to 4,200 meter long horizontal operations under the shallow bay, the company informs.

The project is developed in cooperation with company Rosgazdobycha.

The Yamal-Nenets region is the heart of Russia’s powerful natural gas industry and companies Gazprom and Novatek are both rapidly moving production further north into the Yamal Peninsula, Gydan Peninsula and the Gulf of Ob.

The Semakovskoye is only one of several new projects in the region. Gazprom recently launched production at its nearby Tazov field, and in few years also the offshore project Kammenomys-More will be in production.

In addition comes the Kharasavey and Tambey fields in the Yamal Peninsula.

Subsidiary company Gazprom Neft is expanding production at its Novy Port field and recently opened a natural gas pipeline across the Ob Bay.

Meanwhile, Novatek is developing the Arctic LNG 2 and has plans for the Severo-Obskoye and Geofysicheskoye projects, as well as several more fields.

Both researchers, local indigenous groups and environmentalists now increasingly fear for dire consequences on the vulnerable Arctic nature in the region.