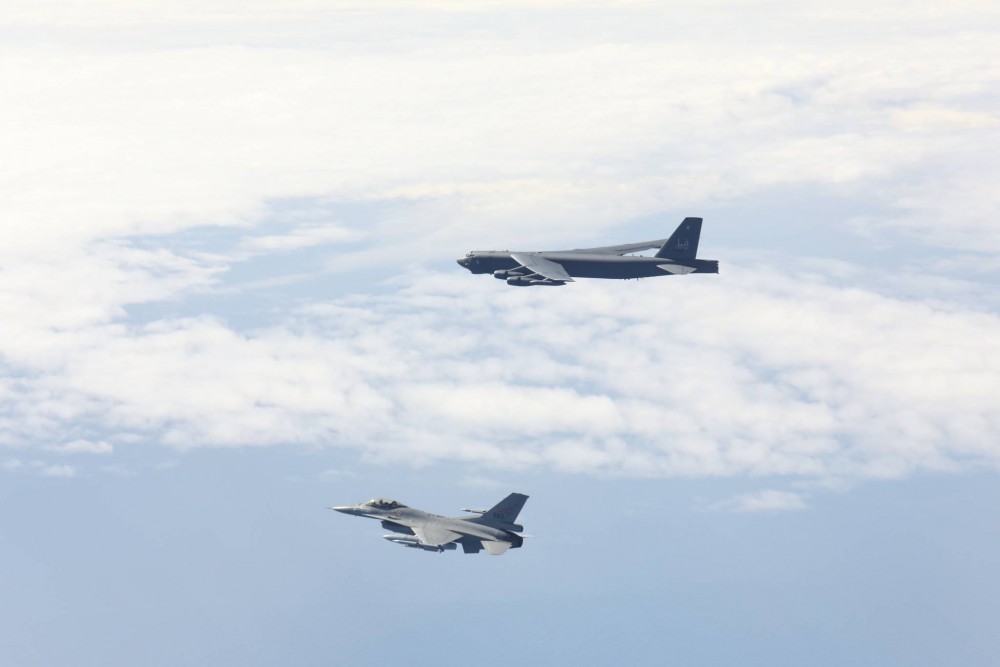 Norway in joint training with B-52 up north

A pair of Norwegian F-16 fighter jets was this week training with a U.S. strategic bomber along the county’s northern coast.
Read in Russian | Читать по-русски
By

The F-16s from Bodø airbase met the American B-52 outside Andøya in northern Norway and the NATO allies were flying together to just south of the Arctic Circle.

Outside Brønnøysund, the Norwegians turned north to Bodø again, while the B-52 continued on its mission as part of a global operation.

The joint pre-planned training, which took place on May 17, is the first such U.S. - Norwegian flights with B-52 since December 4 last year. In February, March this year, four of the smaller U.S. B-1 strategic bombers were based at Ørland airbase as a first of a kind such basement to southern Norway.

One of the B-1 planes made one landing at Bodø airbase in northern Norway.

This week’s global missions with B-52s took place simultaneously in both Europe and the Indo-Pacific region, as well as in North America, the Public Affairs department of the U.S. Strategic Command informs.

At a press conference for international reporters in Severomorsk last week, Russia’s powerful commander of the Northern Fleet, Admiral Aleksandr Moiseyev, in strong words criticized Norway for becoming “the United States bridgehead in the Arctic.”

The Admiral claimed that the Norwegian leadership is “under pressure” to promote the expansion of military presence by NATO allied forces and for pushing the conflict potential in the Arctic.

Meanwhile, Russia has invested billions in upgrading its Arctic military bases at Franz Josef Land, Novaya Zemlya and Kola Peninsula. New fast-attack multi-purpose nuclear-powered submarines are built and the Northern Fleet is also given priority over the Pacific Fleet to receive more of the Borei-A class ballistic missile submarines.