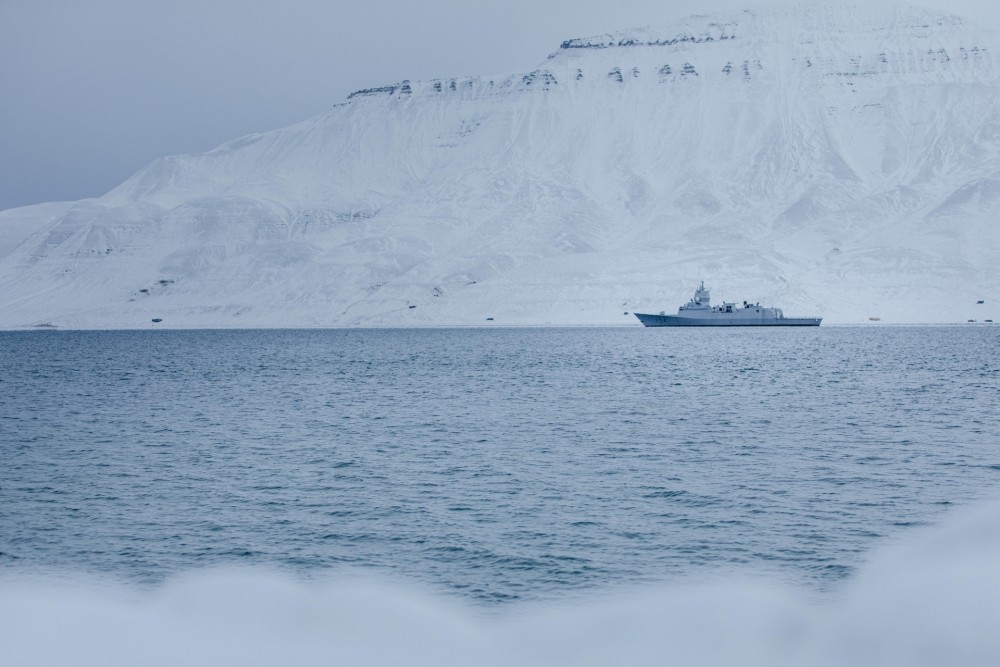 Russia’s Foreign Ministry spokesperson Maria Zakharova on Friday said the recent navy visit to Svalbard is the latest step by Oslo in a series of successive actions to include this territory in the sphere of national military development.
Read in Russian | Читать по-русски
By

It was in late October the Norwegian frigate “KNM Thor Heyerdahl” sailed the waters of Isfjorden, including a visit to Longyearbyen, the main settlement on the Norwegian archipelago in the Arctic.

The 1920 Svalbard Treaty does not put a ban on Norwegian military presence at Svalbard but limits the use of the archipelago for possible war purposes.

Russia is one of 46 signature parties to the treaty.

In the statement posted on the Foreign Ministry’s portal, Maria Zakharova expressed dissatisfaction with decisions made by the Norwegians extending several laws on ports and fairways at Svalbard. This, she said, “implies the use of the archipelago’s infrastructure in the military planning of the defense of Norway, including the reception of reinforcement from NATO allies.”

Zakharova is known for her confrontational stance on key international issues and has also previously attacked Oslo for its policy line in the North, including on Svalbard.

During the Cold War, Svalbard was mainly visited by Coast Guard vessels as Norway didn’t want to provoke the Soviet Union with sailing heavily armed warships in the area. In recent years, however, a frigate use to sail to Longyearbyen annually to underline the sovereignty in times of more international tensions also affecting the high north.

“The vessel was at port in Longyearbyen from Friday evening to Monday morning, October 22-25,” says communication chief with the Norwegian Navy, Torill Herland, in a comment to the Barents Observer.

Spokesperson Zakharova added dissatisfaction with new juridical initiatives by Norway to restrict access to information about the seabed in the Svalbard region for Russia, but not for NATO member states.

She also lashed out at Svalsat satellite stations on the mountain outside Longyearbyen, which Russia claims is “technically equipped to perform dual-purpose tasks.” Moscow is similarly unhappy about landings at the airport by Norwegian military transport aircraft. Lastly, Zakharova criticised the patrolling of the waters of Svalbard by Norwegian Coast Guard vessels.

“All these facts indicate an intensification of the tendency towards hidden militarization of the archipelago by the Norwegian side,” she said.

Such a demonstration of military force raises serious concerns and is inconsistent with the spirit of the Svalbard Treaty, the statement reads. Moscow underlines that the treaty defines a purely peaceful status for the use of the archipelago.

In August this year, the Russian anti-submarine destroyer “Severomorsk” made a surprise change of direction after sailing around Franz Josef Land. Followed by other navy ships, the destroyer sailed up north along the west coast of Spitsbergen, the largest island of the Svalbard archipelago. Such a Russian naval voyage is “not normal” a Norwegian military spokesperson told the Barents Observer at the time.

Russia has in recent years rebuilt its military base at Franz Josef Land, east of the Svalbard archipelago in the European Arctic. In April last year, the Defense Ministry in Moscow declared the Nagurskoye airbase as operational. The base got MiG-31BM on standby in February this year.