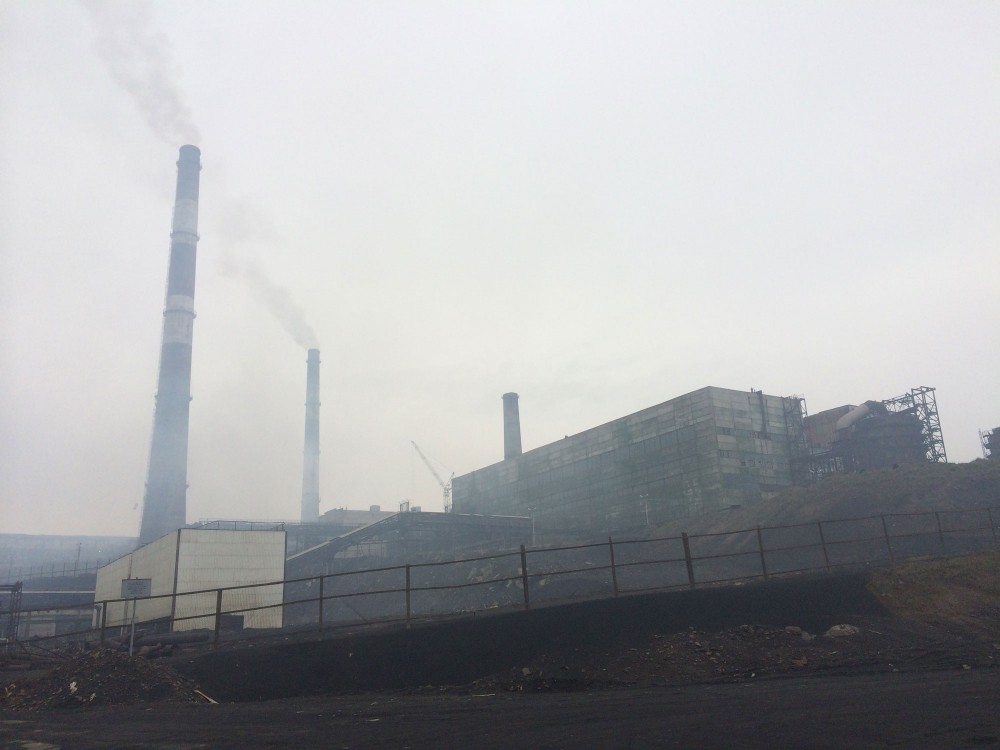 In the Murmansk region, the concentration of sulfur dioxide in the atmosphere was measured at ten times more than the reasonable safety limit.
By

A tenfold excess of the maximum permissible content of sulfur dioxide in the air was a «gift» to residents of the town of Nikel for the March holidays. Nikel is a small factory town located 7 kilometers from the Norwegian border and is the home of the Norilsk Nickel plant Kola MMC’s smelting operation. Monchegorsk, another Norilsk Nickel factory town only 145 kilometers south of Murmansk, received 4.5 times the limit as well.

Exactly one year ago, a similar environmental emergency struck the 45,000 people of Monchegorsk. Officials at the time could only apologize to the angered citizens after complaints to the press and the presidential administration brought wide attention. The administration’s best advice at that time was for people to buy gas masks for the future. The Severonikel combine, a part of  Norilsk Nickel’s Kola Mining and Metallurgical Company was deep into an unstoppable double production schedule and there was no other way to protect the population from the emissions.

Why unstoppable?  Because KMMC is the main contributor to the budget of the Murmansk region and is directly connected to the management company close to the current governor, Marina Kovtun.

And despite promises of modernization and production limits, on March 8 of this year, the same situation happened again. According to the Murmansk Hydrometeorology and Environmental Monitoring Department report, a 4.5 MPC (maximum permissible concentration) of sulfur dioxide was in the air on that day.

It’s not so hard to understand what 4.5 MPC is like. Monchegorsk residents instantly posted video recordings on social networks. The city was buried in a gray-yellow fog and just like the previous year, the worst situation was in the Moncha River area where drivers had to move at a minimum speed on the federal highway passing along the city. Visibility and breathability had fallen to zero.

«It was a clear, sunny frosty day until I drove up to Monchegorsk.» This is a description from a friend, who was trying to take the family out to the region for the weekend. «Suddenly, we were diving into a fog. I did not even understand what was happening at first. Where was such a fog coming from? And then the smell hit me and I realized that it was factory emissions and there was just no visibility. You knew there is a city there but you couldn’t see it.»

There are many similar off-screen comments on numerous video recordings made on the highway near Monchegorsk. The entire landscape is covered in a yellow-gray impenetrable darkness and even the outlines of the road are barely visible.

The smell of sulfur dioxide is difficult to confuse with anything else. It is extremely unpleasant and leaves a bitter taste in the mouth. It penetrates everywhere and it is dangerous. A gross excess concentration of sulfur dioxide causes the risk of allergies, bronchial-pulmonary diseases and oncology. Cancer has been diagnosed in 20 thousand inhabitants and it has become the second highest cause of death in the region after cardiovascular disease. According to a report from the Moscow Herzen Research Institute of Oncology, the Murmansk region is among the top five regions with the highest rate of incidences of cancer in men. A few years ago, the head physician of the regional oncologic dispensary, Dmitry Kovalenko, called Monchegorsk the leader in carcinogenic risk. Nonetheless, they have done nothing to fix the problem.

Monchegorsk became the center of Norilsk Nickel’s refining production when the metal giant transferred a part of their production here after closing their Norilsk plant in 2016. This well documented closure was due to “very serious continuing violations of temporary norms” after decades of extensive levels of sulfur dioxide, bisulfide, phenol, formaldehyde, and dust pollution were sent into the air, land and local water reservoirs of the region. By this time, Norilsk had become known as «the city of horrors» and «the dirtiest city in Russia».

Norilsk Nickel is the world’s largest nickel refining company but since arriving in Monchegorsk,  the urban landscape sometimes resembles a scene from a Stephen King novel. There is a haze on the streets and even trying to go out in it is really dangerous.  Just a short walk turns into a coughing fit with nausea and nosebleeds. Asthmatics have asthma attacks. A year ago, when similar frosty windless weather plunged the city into a poisonous fog for several days, it got so bad that the Emergencies Ministry were forced to hit the streets. Citizens were told through loudspeakers not to go outside unless it was absolutely necessary. And Rospotrebnadzor recommended that Monchegorsk residents wash their floors with soda, keep the windows and doors shut and make sure their families drank plenty of water.

This year, people are already accustomed to reaching for respirators. «We are breathing their holiday greetings,» sneered angry commentators on social networks over the acrid fragrance. The combine understands that a lack of breeze and severe cold can cause massive problems and should shut down production in such situations. Undiluted, the emissions fall on the city in a thick, fetid fog. But any decline in production comes with a significant financial loss and a 200,000 ruble fine (about 3000 Euro) is cheaper to pay.

In the town of Nikel, where the Pechenganickel Kola MMC plant is located, the situation is somewhat different and emissions are often carried abroad. According to the Novaya News Agency, residents of Kirkenes, Norway, 36 km from Nikel, were notified of severe Russian emissions by SMS. They were told that people with heart problems and asthmatics should stay at home.  Rune Rafaelsen, the mayor of the Sør-Varanger community is calling for a general boycott and asking all Scandinavian companies to refrain from doing business with Norilsk Nickel.

The previous mayor, Cecilia Hansen, wanted to file suit against the operation in an international court but did not receive the approval of the Council of Deputies. She still regrets that the process did not take place. According to her, they could have received compensation from the company. And even if the claim were rejected, they could have at least drawn the world’s attention to how people are being bullied in the High North. They could have won something.

Norilsk Nickel however is not expecting any legal claims from Monchegorsk administrators. Despite the environmental damage and health risks, Monchegorsk is a single-industry town and depends on the metallurgical giant’s economic favor.  As does the entire region. And as far as Norilsk Nickel is concerned, business is business and it’s cheaper to pay the fine.