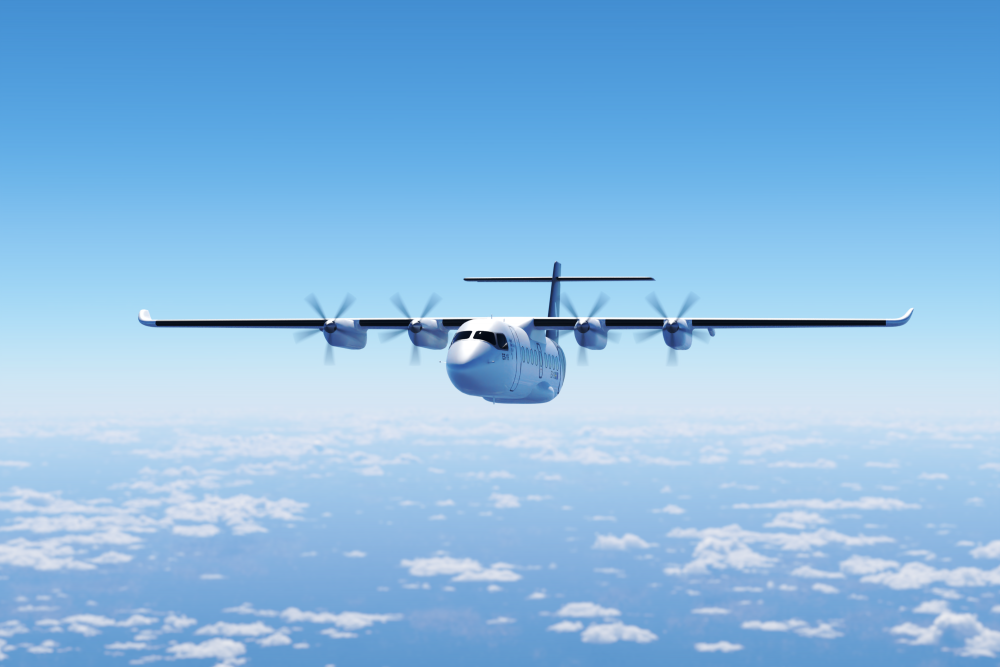 Heart Aerospace says it will have its ES-19 electric airliner certified for commercial flights by 2025. The plane can carry nineteen passengers and will get an operating range of 400 km. Image by Heart Aerospace

The European Union has granted Kvarken region in the Gulf of Bothnia funding to implement flights with electric planes between the Vaasa region in Finland and Sweden's Västerbotten county.
By

Northern Scandinavia could be one of the first regions in the world with flights operated by commercial airliners with zero-emission planes.

«It’s a sustainable way of travelling and the technology itself doesn’t require large investments,» writes the Kverken Council about the plans that now is ready for take off with regional development funding from the European Union’s Interreg program.

Distances between airports across the Gulf of Bothnia is short and smaller battery-powered planes are perfect for the numbers of passengers flying such east-west cross-border routes between northern Finland and Sweden.

On the Swedish side, financial support is coming from the airports of Umeå, Storuman, Lycksele, Skellefteå and Örnsöldsvik.  Many stakeholders in the research- and aviation businesses are supporting partners.

The goal is to develop efficient commercialization models and helt the region realize them by introducing private and public section innovations.

Flying electric in cold climate would be difficult you think? Not necessarily; the northern regions of Scandinavia are already frontrunners in electrification of the transport sector. Norway leads the way with most battery-powered cars on the roads per capita with nearly 50% of all new-sales being full electric vehicles.

In Finland, local tourist companies up north have teamed up with producers for battery-powered snow mobiles. Luleå and Umeå in Sweden, and Honningsvåg in Norway, invest in electric busses. And in Norway, whale safari and coastal tourist day-cruises are sailing electric.

Gällivare in northernmost Sweden even have electric mining trucks in operation.

The Swedish company Hear Aerospace is one, among several internationally, that aims to bring electric aircraft to life for commercial passenger flights. With a 19-seater plane the plan is to serve regional airports in Scandinavia already by 2025.

In March this year, the Norwegian Civil Aviation Authority AVINOR published a study concluding few regions are better suited for electric planes than the north. In Troms and Finnmark region in Norway, as an example, there are 16 airports with daily commercial scheduled flights within a range of 350 kilometers from Alta airport.

Norway hopes for take-off for regional commercial flights by 2030, a few years later than the goal of the Swedish-Finnish Kvarken region.